Fitness & Outdoors, Fits Your Lifestyle, Inspiration for the Journey 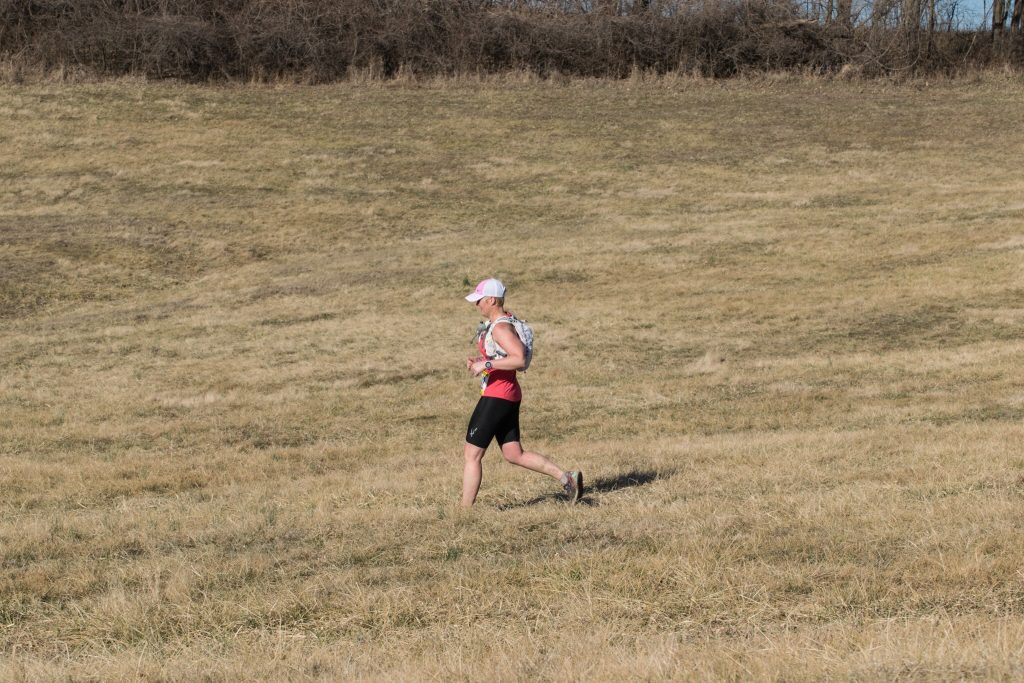 To say Kate Leis knows a little something about goal setting is a massive understatement. With two Ironman distance triathlons, 11 marathons, and multiple ultra (beyond 26.2 miles) distance trail races— including the Superior 100 mile Ultra Trail Race—under her belt, you better believe this Delano resident and personal trainer has something to share with all of us about the power of dedicaiton. The 2016 Twin Cities Marathon will mark the completion of Kate's newest fitness endevour: to run 40 races of a marathon distance or beyond by age 40. To meet this goal, she'll run nine races this year (including another 100 miler). Her 2016 events alone add up to the equivalent of over 350 miles.

Whether you are a new runner or someone looking to take their training to the next level, we asked Kate to share with us on inspiration, training, motivation, and running advice. We hope you're as inspired as we are.

1. When did you start running?

In 2003 I signed up with Team in Training to run my first (and what I thought would be my only) marathon at Honolulu in December of that year. Prior to that I started running in college—jogging, really, to help maintain my weight. My "long" run was 3 miles at the time. These days, a long run is 18-30 miles.

2. What inspired you to set the goal of running 40 races of a marathon distance or beyond by age 40?

I was trying to decided what my big goal for the year would be and got to adding up my events, when I realized I was sitting at 31 finishes of a marathon or beyond. It seemed to make sense to make it 40×40.

3. How have you trained to keep up with this goal? How do you find the time to do all that training?

Most of my races this year are "just finish".  I'm less worried about speed and personal best times this season, so most of my training is getting the miles in and time on my feet. Finding time to train has to be scheduled. A lot of early mornings, weekends and spending time on my feet as a personal trainer also helps. A typical week would look like this in the summer: Monday-Friday at the gym 5:30am-12 training clients, teaching classes or coaching middle/high school athletes. Then a break where I get in my personal workout, and occasionally go ride horses. Evening at the gym from 5-8 (or so) three days a week. Weekends are spent with morning long runs and family time. 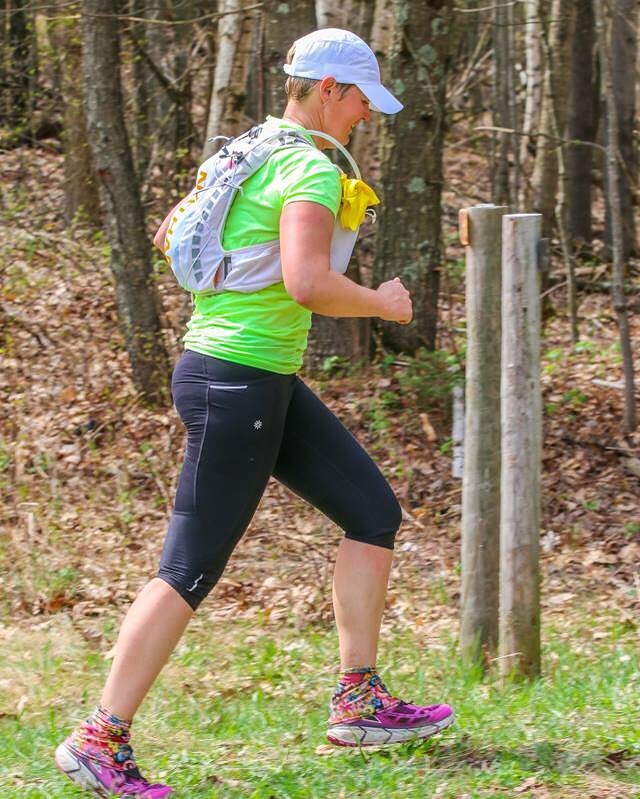 4. How did you stay motivated over all those years?

Motivation ebbs and flows, but running is something that has always been an outlet for improving my mood, so that helps! I also get a lot of good thinking in on my runs. The other part of motivation comes from surrounding yourself with like-minded people. I have some very good friends who run also long distances. We meet for early morning weekend long runs and then go out for breakfast. They motivate me to keep moving forward!

5. What’s the highest number of marathons you’ve ran in a year?

Typically it's only one or two road marathons a year. A couple years ago I did two 50k races and two 50 mile races. This year will be the most number of long events I've done in a calendar year, with nine races including the Psycho-Wyco 50k in Kansas City in February, the Crown King Scramble 50k in Pheonix in April, the Chippewa Moraine 50k in Wisconsin in April, the Chester Woods 50k in Rochester in June, and the Afton Trail Race 50k at Afton State Park in July. I will run the Voyageur 50 miler in Carlton, MN this weekend, the St. Paul Trail Marathon in August, the Hallucination 100 in Michigan in September, and the Twin Cities Marathon in October.

6. In light of all the time you’ve put into reaching your goal, what does the Twin Cities Marathon mean to you?

It's interesting that TCM is my 40th race. When I moved to Minnesota after running my first marathon, I literally didn't know a soul. I found a running group and they were training for Grandma's marathon and later TCM. I decided to run TCM so I could continue to hang out with this group, as they were my only friends at the time! This was 2004. I went on to complete TCM in '04, '06 & '07. The fact that this will be my 40th race will allow me a chance to "celebrate" my journey as a runner. I know for a fact that had I stayed in Michigan, I wouldn't have been the runner I am today. Moving to Minnesota changed my life in a number of ways and this will be a perfect way to cap off the season. 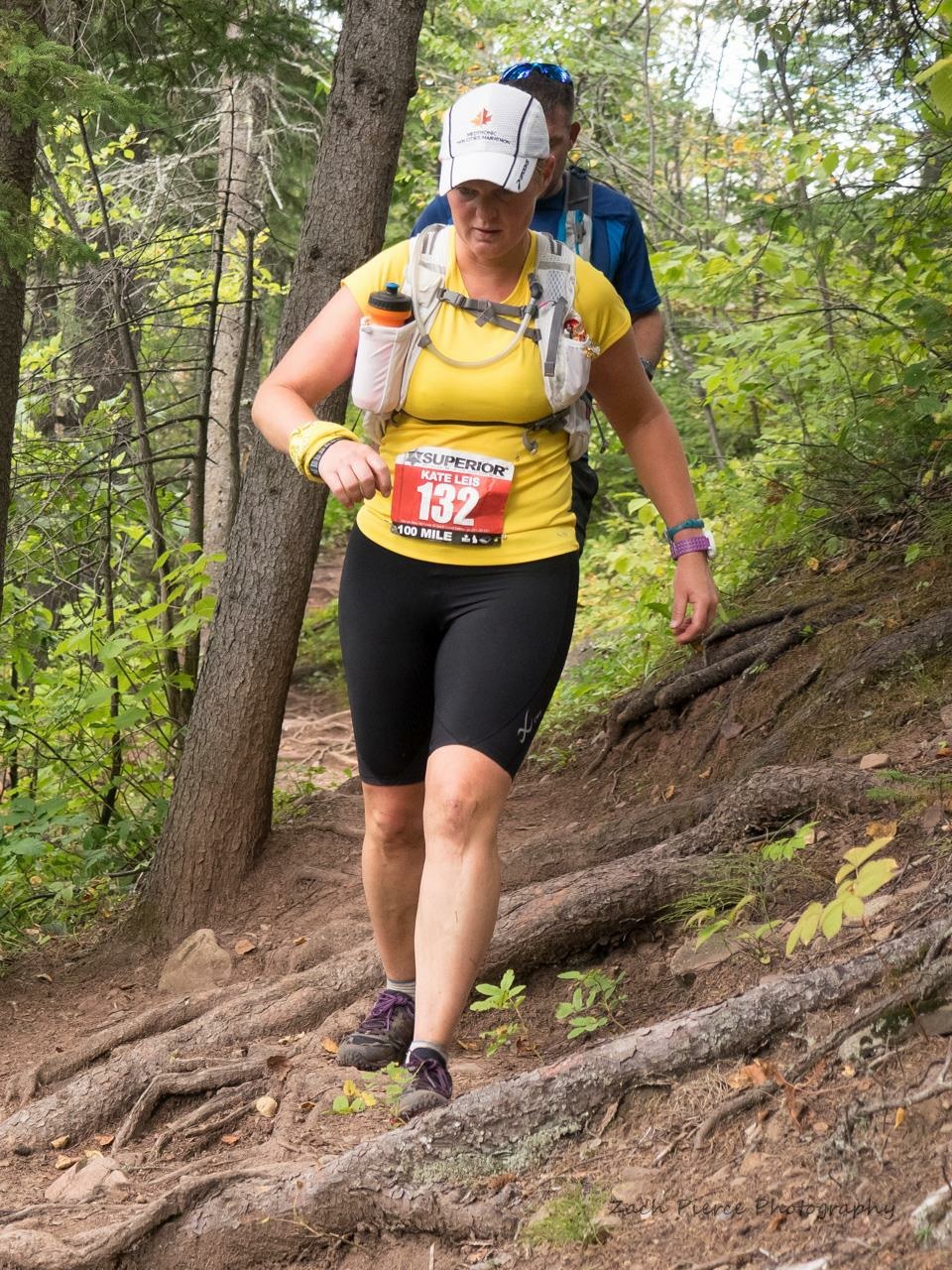 The Superior 100. Photo by Todd Rowe

7. What advice would you give to someone who wants to start running or someone that wants to take their training to the next level?

For a new runner, I would say consistency is key. Getting out the door, even if it's just around the block; keep moving forward.
For someone who wants to take their running to the next level, I recommend getting involved with a training group. Run with people who are a little faster than you. Get out of your comfort zone. Surround yourself with people who are achieving the goals you want to reach.

8. What advice would you give to someone who wants to run a marathon for the first time?

Give yourself plenty of time to train. Build a solid endurance base. Look at programs that are 20 weeks or more. Know exactly why you want to do it, because on days that it hurts, or you aren't motivated, knowing "why" you are doing it will get you out the door. And look for a group or friend to train with. It's ALWAYS more fun with a friend.

9. How important is it for you to have the right running footwear?

So important!!! Wrong shoes cause injury.

10. Outside of having a very impressive running resume, tell us about yourself.

I moved to Minnesota in 2004 to manage a horse farm. Like I said earlier, I didn't know a soul. Moving here and getting involved in a running group were the two best decisions I could have made. I met my husband through that group and we have been married nearly nine years. I love animals— dogs, horses, cats. Even though I have moved away from farm management and horse training to personal training and run coaching, I still get to ride horses nearly every day. It is as much a part of me as running. 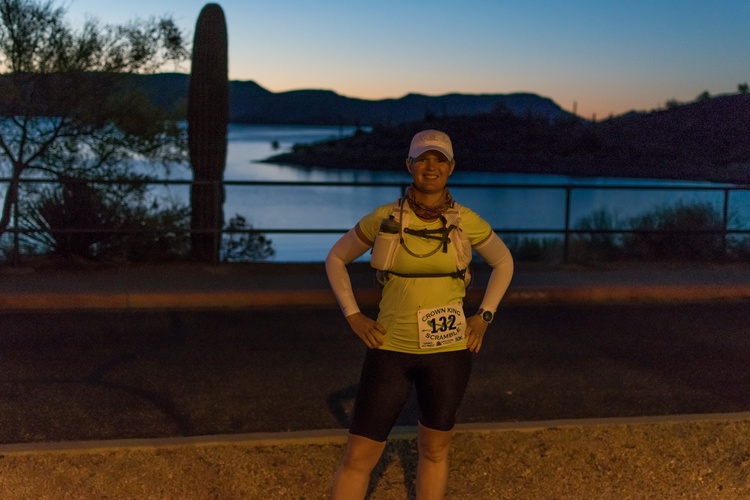 Before the Crown King Scramble 50k in Arizona in April. Photo by Matt Leis

My mantra is "just keep moving forward." I think it applies to both fitness and life.

My business is called Balanced Healthy Fit. You can reach me at:

Need running gear? Stop into any of our locations to get fit with running shoes. If you'd like a more in-depth evaluation, schedule a free foot evaluation with one of our in-store CPeds. 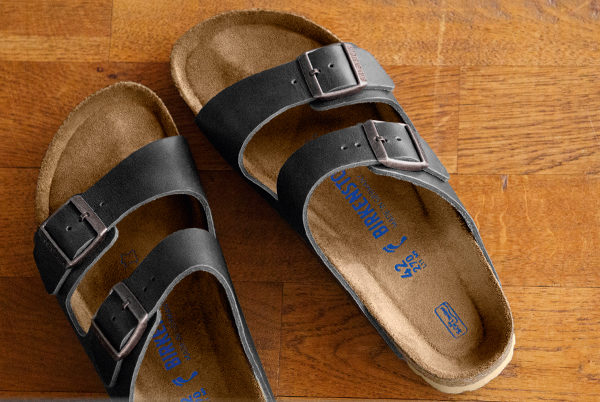 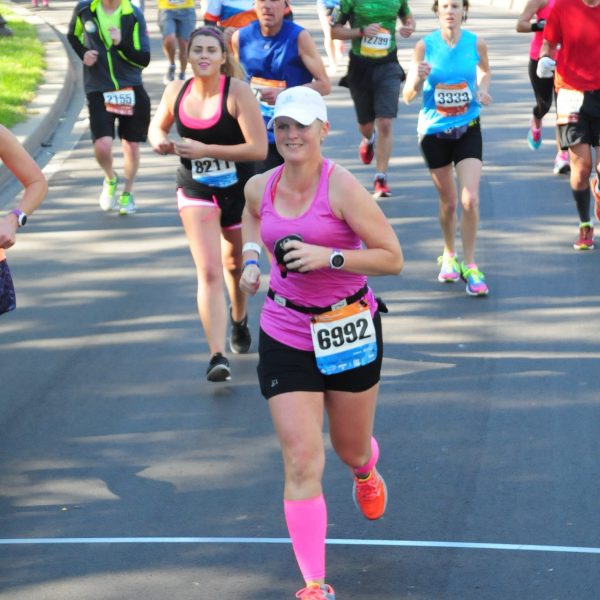